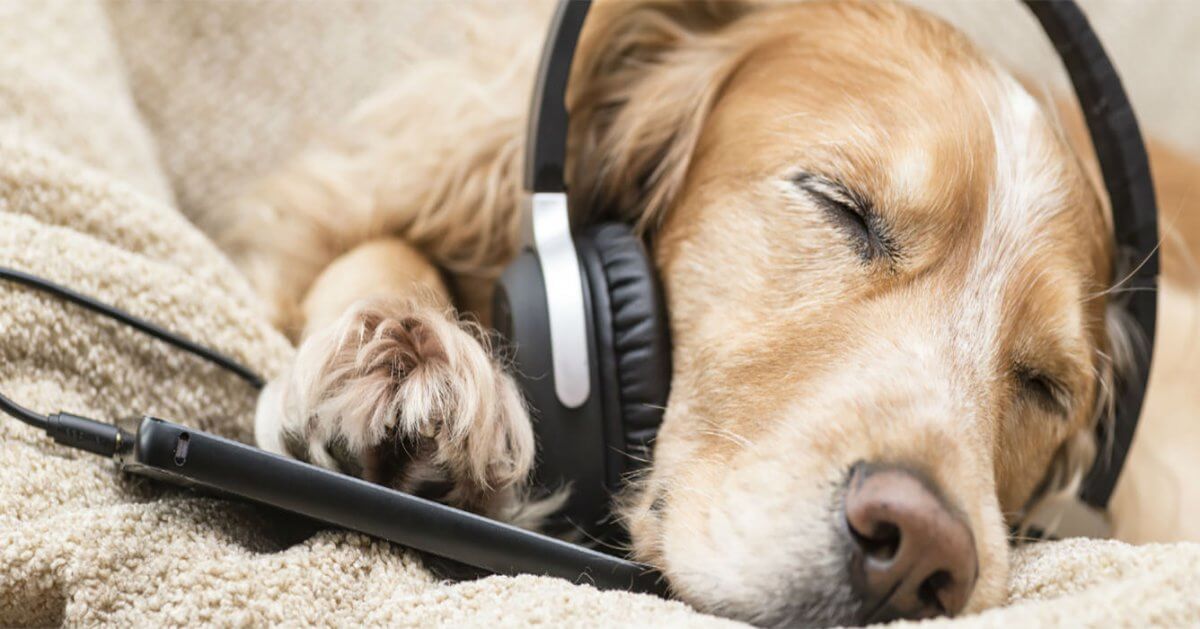 In the opening scene of The Secret Life of Pets, we watch as a French poodle has had enough of the classical music his owner has been playing throughout the morning. The French poodle quickly changes the music to heavy metal the minute his owner leaves for the day. He then starts jamming, headbanging to heavy metal while it blasts through the speakers. Although this is just an animated movie, a question arises. Do dogs enjoy music and more importantly, do they enjoy the music their owners enjoy playing?

We listen to a lot of music in our households. There is always music playing through the house; it can be coming from the kitchen while a meal is being prepared or in the bathroom while we pretend to be America’s next top pop star. Now, have you ever stopped and wondered, does my dog care about the music I play and how loud I play it?

It is easy to look around and agree that all human ears look the same. For dogs, that isn’t the case. Dog ears can differentiate in size, shape, or the amount of hair. There’s the prick-eared wolf, bat-eared corgi, drop or pendant eared basset hound, V-shaped ear vizsla and many more. It may be easier for a greyhound with rose ears to listen compared to a bloodhound with folded ears. This is just because of the fur that surrounds the ear and how the ear lays on the dog.

Not to show off, but while a human may be able to wiggle their ears, a dog has 18 muscles in each ear that makes it possible to wiggle, tilt, raise or lower, and rotate their ears. You may ask yourself how your dog heard the mailman way before he was right at your doorstep. Dogs can move their ear around to locate and focus on sounds.

Do Dogs Listen to Music?

Research conducted by Deborah Wells, a psychologist at Queen’s University Belfast shows that dogs do behave differently in response to the different music that is being played. Dogs seem to act relaxed with classical music and seem to bark and seem tensed with heavy metal. So, you may ask why it is that in The Secret Life of Pets, the French poodle seems to hate classical music but enjoys heavy metal? Is it because the French poodle is being rebellious and won’t listen to anything his owner listens to? Is it because dogs can have a sense of understanding when it comes to music and the poodle in the movie has his specific music taste?

Although music for humans is psychological, there have been studies that show that animals do share the same capacity for music as humans. An animal psychologist at the University of Wisconsin-Madison, tells us that dogs enjoy “species-specific music.”

Species-Specific Music: Tunes specially designed using the pitches, tones, and tempos that are familiar to their particular species.

What Music Does My Dog Enjoy?

If you have an anxious little pup or a huge bulldog, classical music does soothe dogs! Lower frequencies calm the canine nervous systems. Dogs generally like music that is soothing.

Now, don’t go home and play classical music all day long, as you can see in the scene of The Secret Life of Pets, classical music does get boring and heavy metal may be needed. Just remember, some sounds that can be acceptable for humans may be uncomfortable for many dogs.

At Brookhurst Animal Medical Center, Doctor Carlos Lopez would be happy to help figure out if your loved furry one is having difficulties with their pinna or if the music being played at home is the problem.

previousSuns Out, Buns Out: 5 Rabbit Breeds You May Not Know Existed!